Wolfampcote is mainly an abandoned medieval village of which little remains, but that does include the old church of St Peter.  I visited on a (mainly) circular walk in late February 2020 on a dullish day, though I had been before, on a pleasant September day in 2018.  This is a short walk and is undemanding, but those interested in history will find much to muse on. END_OF_DOCUMENT_TOKEN_TO_BE_REPLACED

Preparing my narrowboat against the menace of storm Dennis.

Yesterday, I moored in this tranquil bit of Northamptonshire.  I was short of coal and needed a pump out before the weekend, but this was part of a plan.  Dunchurch Pools marina was only about 300 metres away. END_OF_DOCUMENT_TOKEN_TO_BE_REPLACED

Sorry it’s been such a long time, but one doesn’t get out much.  I see that you are well.  Lizzie and I are about the same.

One has been dead now for going on 511 years.  Those cynics among my people who refuse to believe that we spirits can take occasional excursions into our future – your present –  should think again.  Anyway, recently, we went back to Stoke Golding, where, one was crowned on 22 August 1485.  The current Prime Minister (how things have changed, eh, Majesty?!) should think twice about what it means to die in a ditch:  his remains might be discovered under a space port car park in the year 2525 (oh yes, we get all the latest ditties here at the Abbey).  Thing is, being a normally-shaped, white Englishman, no one will know who they have dug up.

Incidentally, as the lingo has changed so much, we thought we would get this ghost-written.  And one had some great sport with a camera borrowed from a recent acquaintance, who prefers to be called Patrick, even though the weather was pretty dull.  One hopes one’s next day out will be better, without wanting to upset too many folk.

One didn’t want to disturb you, but was tickled pink by the name of your neighbour’s boat.  One gathers this song was a particular favourite of yours at the time, though The Scaffold belongs in a bygone era, sadly.

[Ed.  With apologies to The Scaffold, and their number one hit Lily the Pink.  It was a favourite at the time in the late sixties.]

Here are a few random shots:

Forgive the size, but it was our finest hour! 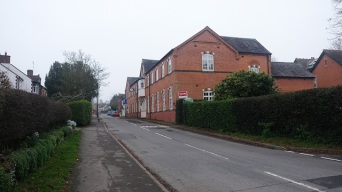 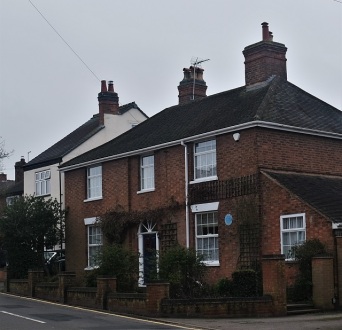 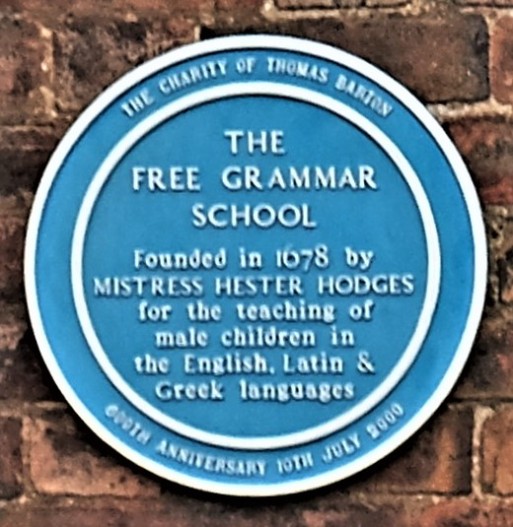 The Free Grammar School (transcription below).

One likes these name plates.

They even named a place after you (thoroughly deserved, one is sure). 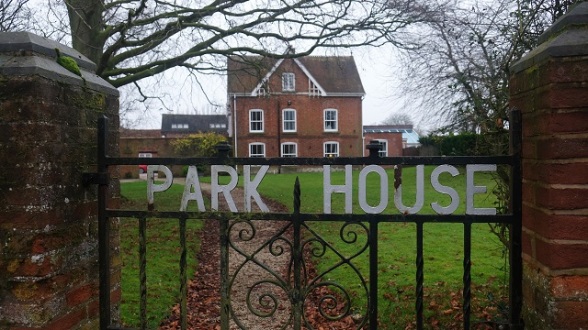 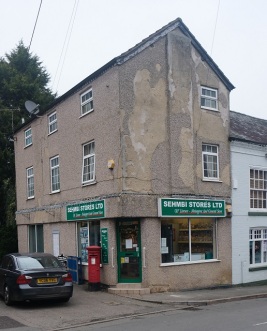 Local shop, for local people – that show had us rolling in the aisles! 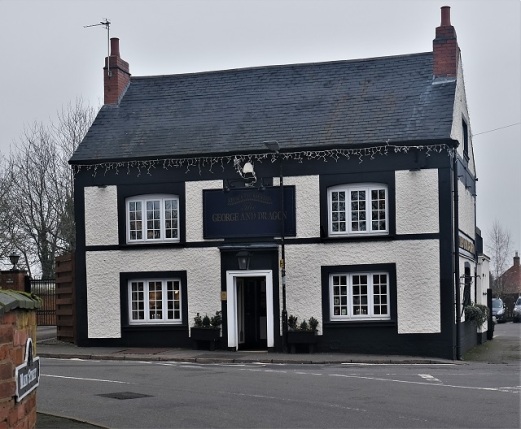 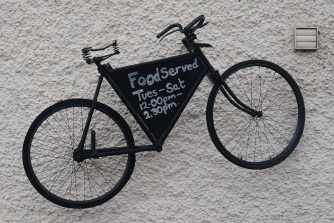 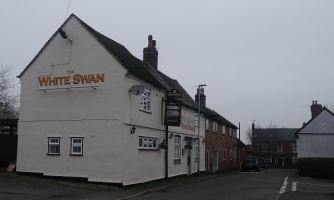 These buildings were not there at the hour of one’s triumph, but the church is recognisable.  That said, the Church of England was young Harry’s doing, a sort of Halxit. 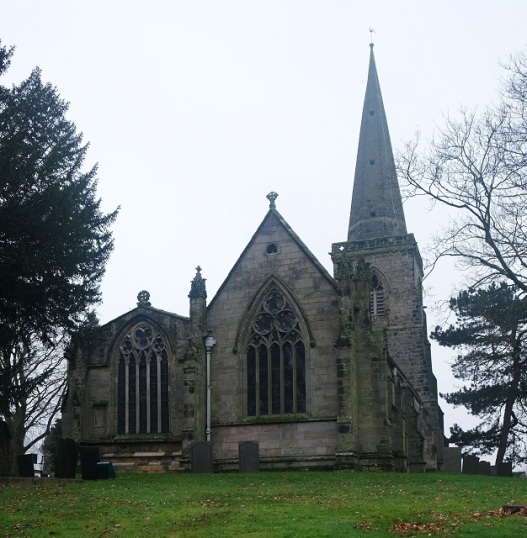 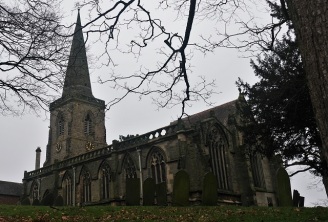 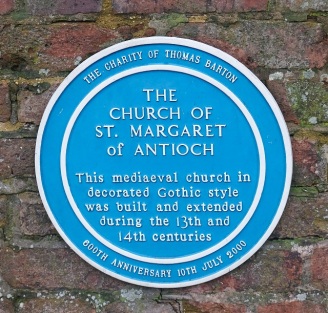 St Margeret of Antioch (transcriptio below)

Oh, and perhaps you could relay to the Duke of Cambridge that if he thinks his little brother Harry is troublesome, he should just think about how mine turned out.  Six wives indeed, and two of the poor wenches put to death.  And his progeny were little better (at least I am not known as “bloody Henry”), though my Queen and I are proud that our niece is still known as Good Queen Bess.  By the end of my reign there was peace with Scotland, strong ties with the new super power Spain, and a stable, prosperous, wealthy kingdom that had never had it so good.  Yes, we do spin at the Abbey, too!

THE CHARITY OF THOMAS BARTON
THE FREE GRAMMAR SCHOOL
Founded in 1678 by MISTRESS HESTER HODGES for the teaching of male children in English, Latin & Greek languages
600TH ANNIVERSARY 10TH JULY 2000

THE CHARITY OF THOMAS BARTON
THE CHURCH OF ST. MARGARET of ANTIOCH
This mediaeval church in the decorated Gothic style was built and extended during the 13th and 14th centuries
600TH ANNIVERSARY 10TH JULY 2000

When I was a town planner B.O.A.T. stood for Byway Open to All Traffic, but boaters will say something different. Read on.

Recently, I had some electrical trouble:  the domestic batteries – the ones that power the lights, fridge, water and shower pumps, were not doing the job – they were discharging too deeply.  I wasn’t sure whether it was a battery problem or a charger problem, because the two monitors were clearly not telling the truth.

I put in to Alvecote Marina for services, and while there explained the problem.  An engineer named Peter had a look and suggested a new battery monitor.  I asked about their capacity to do some work (I wanted some other things done), and was able to book in after a few days.  So, this is what happened. END_OF_DOCUMENT_TOKEN_TO_BE_REPLACED

A chilly visit to Polesworth, in northern Warwickshire.  This includes a bit of local history, some old buildings, shops, and some canal history, and revisiting a court case. END_OF_DOCUMENT_TOKEN_TO_BE_REPLACED

This is the fourth and final part of my review of how my ancestors died.  So far, there has been nothing dramatic, but …

Let’s start with my father. END_OF_DOCUMENT_TOKEN_TO_BE_REPLACED

Further exploration of the men commemorated on the war memorial in the churchyard to St James, Ogley Hay. 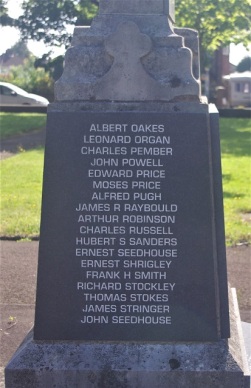 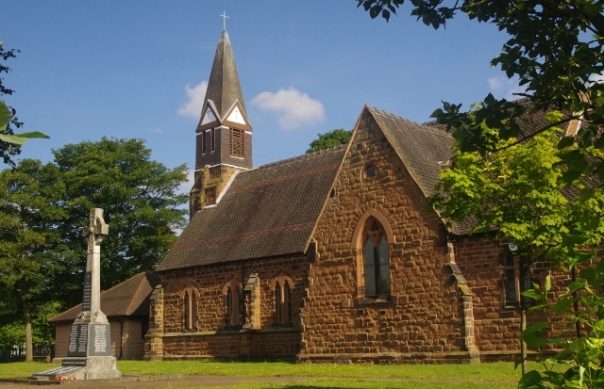 The bald fact is that Private Hubert Sedgwick Sanders was killed by an enemy sniper on 5th May 1915, during fierce fighting for Hill 60, in the second battle of Ypres.  But there is more of local interest to this story of a brave young man who sacrificed his own future so that others could live theirs, ours. END_OF_DOCUMENT_TOKEN_TO_BE_REPLACED